The Non -Academic Staff Union of Educational and Associated Institutions NASU, in Anambra State, has called on the state Governor, Chief Willie Obiano to wade into the activities of Chukwuemeka Odumegwu Ojukwu University to order to avoid industrial action.

The call was made by the state Chairman of NASU, Comrade Humphrey E Okafor, during the 7th Quadrennial delegates Conference of Schools and colleges Trade Group Council in Awka, Anambra state, at the weekend .

According to Okafor, ” it is painful and disheartening to inform His Excellency that the management of Chukwuemeka Odumegwu Ojukwu University, Igbariam is heating the polity at the Varsity by deducting the check off dues of our members ”

“And the institution has bluntly refused to remit same to the Union, we urge the state government to urgently wield into the matter to avert likely industrial disquiet in the institution ”

Again, the Union called on the Federal government to live up to the expectations of the people by fighting headlong corruption and insecurity in the country.

NASU, said people were being killed on a daily basis and the economy was nose-diving without hope of redress, adding that corruption and insurgency were twin destructive agents that deter developments and progress of any nation.

However, NASU, appealed to Obiano to assist it by donating a land and a bus to enable it function effectively like other Unions with similar strength, while commending it’s national leadership for a job well done. 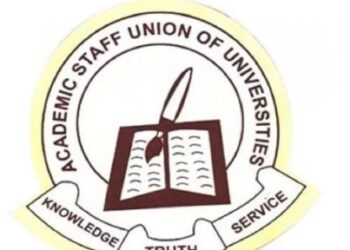 Negotiations With ASUU Ongoing – Adamu The Joint Action Committee (JAC) of the Non-Academic Staff Union of Education and Associated... The Chairman of the Economic and Financial Crimes Commission(EFCC) Abdulrasheed Bawa, has disclosed that former Anambra State governor, Willie Obiano,...