The Supreme Court on Tuesday struck out an appeal against the emergence of Imo State Governor, Emeka Ihedioha.

The apex court dismissed the appeal filed by a chieftain of the Peoples Democratic Party, PDP, in Imo State, Samuel Nnaemeke Anyanwu, against the emergence of Ihedioha as the party’s candidate in the 2019 governorship election in the state.

A unanimous judgement by a five-man panel of the court upheld the earlier concurrent judgments of the trial court and the Court of Appeal, Owerri, which ruled in favour of Ihedioha on the ground that Anyannwu did not prove his case.

However, Justice John Okoro, in the lead judgment, held that he could not prove his allegations of manipulation, thuggery among other vices, which he claimed marred the process.

The apex court dismissed the appeal for “lacking in merit” and awarded a N200,000 cost against the appellant. 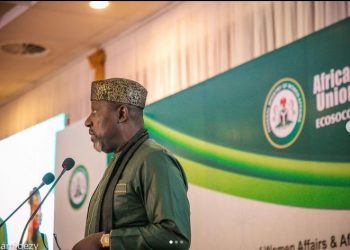 Imo State Government says some suspects have named former Governor Rochas Okorocha and Uche Nwosu as sponsors of bandits and...