Boxing promoter Eddie Hearn has jumped in to defend Anthony Joshua’s negativity towards boxing by telling him to “snap out of it”. He also cautioned the British-Nigerian to focus on the upcoming fight against Ruiz and earn back his reputation of a prizefighter.⁣
⁣
Ahead of his rematch against Andy Ruiz Jr, Joshua recently admitted that he needs to “get the passion back” after confessing to losing some of his hunger for a sport that has enabled him to reach his ultimate career heights.⁣
⁣

Joshua suffered a shock seventh-round knockout to Ruiz at Madison Square Garden in New York on June 1, a loss that cost him the WBO, WBA, IBF and IBO world titles.⁣ ⁣
As he attempts to rebuild his reputation as a champion and wrest the belts back from Ruiz, Joshua has cut a sorry figure with the comments he has made, particularly in his vitriol towards former world heavyweight champion, Lennox Lewis.⁣
⁣
Hearn said: “I think he was disillusioned with the sport because he wanted to fight Deontay Wilder. He couldn’t get that fight and as he said in the interview, he didn’t really want to fight Andy Ruiz. But tough, you fought him and you fought a real hungry guy

Saha : Pogba is the only united’s world class player 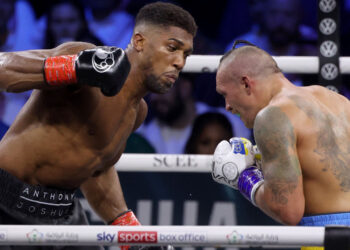 Anthony Joshua has conceded "I let myself down" after the British heavyweight's shenanigans following his devastating loss to Oleksandr... 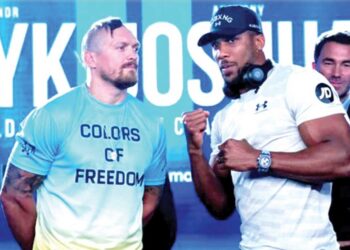