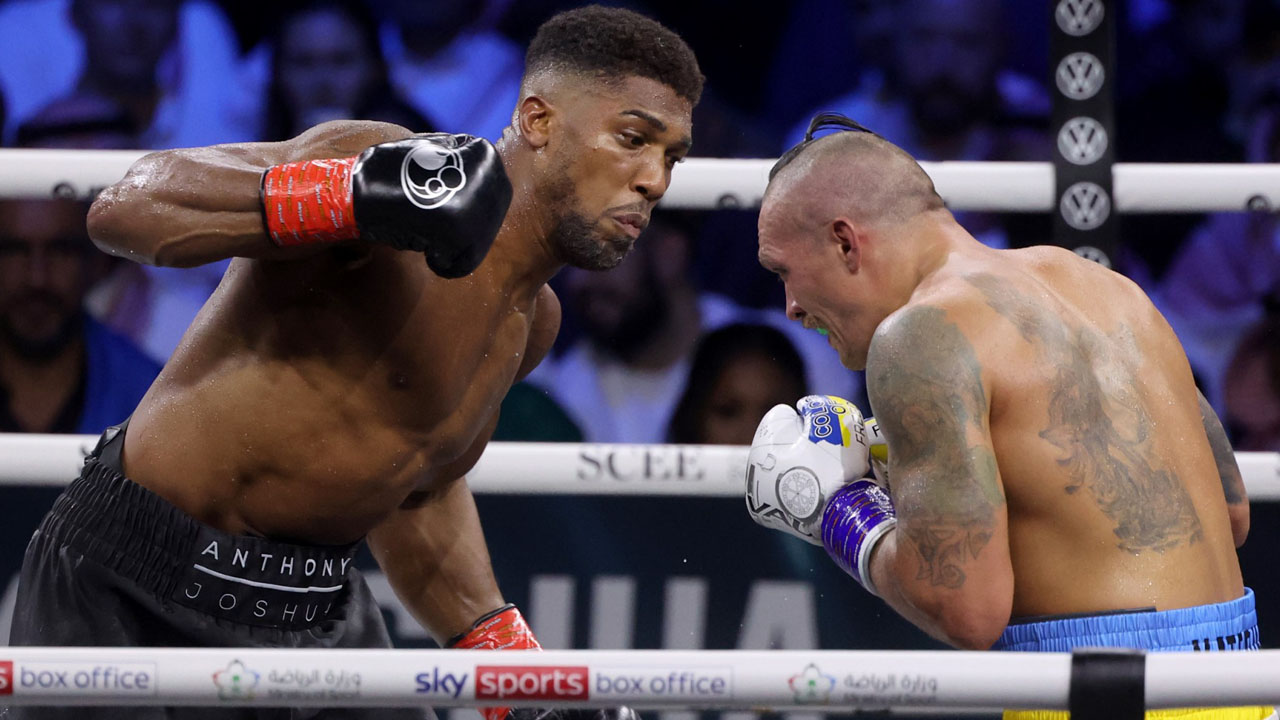 Anthony Joshua has conceded “I let myself down” after the British heavyweight’s shenanigans following his devastating loss to Oleksandr Usyk in their reality title standoff in Saudi Arabia were vigorously condemned.

Joshua flung two of Usyk’s belts to the floor and stomped out of the ring in an attack of provoke in Jeddah, then, at that point, returned minutes after the fact to convey a meandering aimlessly discourse sprinkled with swearwords.

The 32-year-old’s vocation shows up at an intersection after Sunday’s second progressive loss to the unbeaten Ukrainian and he experienced harsh criticism for his profound post-battle response.

Composing on Twitter, Joshua hailed Usyk as “an example of true excellence”, adding: “Yesterday I needed to intellectually bring myself into a dull spot to seek the title belts!

“I had two battles, one with Usyk and one with my feelings, and both got the better of me.

“I’ll be quick to concede, I let myself down. I carried on of unadulterated enthusiasm and feeling and when not controlled it ain’t perfect.
“I love this game not really good or bad much and I’ll be better starting here on. Regard.”

Tony Bellew, a resigned cruiserweight champion who was comparatively beaten by Usyk, sprang to Joshua’s protection.

“Committed an error like every other person on planet earth has done, just distinction is he makes his before millions on TV and afterward emerges (which is difficult to do) and apologizes to everybody!” the Briton tweeted.

The 6ft 6in (1.98m) Joshua scented triumph when he had Usyk holding tight in the 10th round, just for the portable southpaw to come terminating back and control the last stages for a merited split-choice success.

While Joshua was left attempting to modify his vocation after his third loss, Usyk held the IBF, WBA and WBO titles and will currently look for a unification confrontation with WBC champion Tyson Fury.