Nigeria Customs Service in charge of the Murtala Muhammed Area Command (MMAC), Lagos, says it has intercepted some drones and military wares allegedly being smuggled into the country by criminals.

The customs, which disclosed this on Tuesday, put the value of the items at over N300 million. 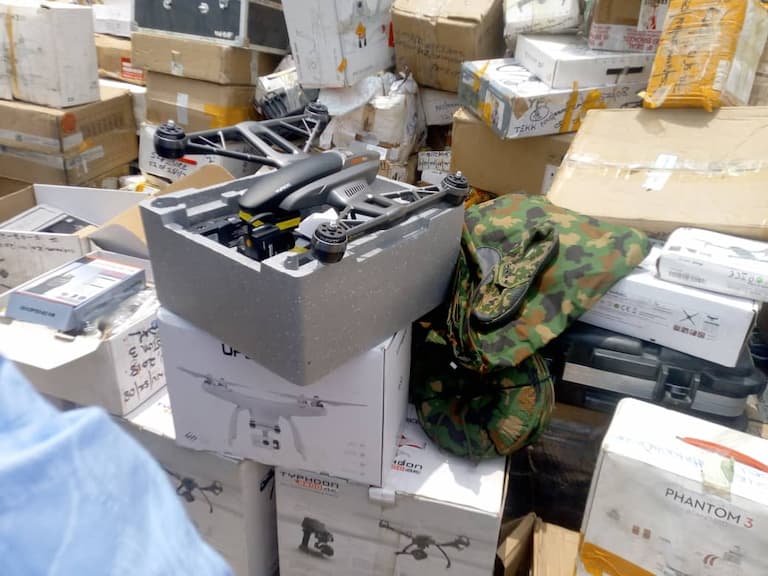 This is coming in less than 24 hours after bandits bombed a Kaduna-bound train, killing a yet-to-be ascertained number of persons.

Authorities in charge of MMAC said all the items seized would soon be handed over to the Nigerian Army and other relevant government agencies for further investigation.