Thomas Dennerby has resigned as head coach of Nigeria’s women’s team after a year and eight months in charge.

The Swedish tactician boycotted the Super Falcons’ doubleheader against Cote d’Ivoire after unresolved issues with the Nigeria Football Federation (NFF), reportedly due to lack of cooperation and interference.

The 60-year-old coach, who led Sweden to finish third at the 2011 Women’s World Cup in Germany, had signed a two-and-a-half-year contract to take charge of the team in January 2018.

In his time in charge, Dennerby led Nigeria to a third-place finish at the 2018 Wafu Women’s Cup in Cote d’Ivoire, where he returned to lift the title in 2019.

He also won the 2018 African Women’s Cup of Nations in Ghana and later steered the nation to the Women’s World Cup knockout stage for the first time in 20 years in France earlier this summer.

The NFF on Friday confirmed reports that the Swede had stepped down, allegedly due to his demand for more expatriate and unqualified local coaches.

“As for Thomas Dennerby, we have received his resignation letter and of course, he has his right to resign from a job,” the NFF revealed in a series of Tweets via its Twitter handle.

“We want to put it on record that no head coach in the history of the Super Falcons has been afforded the level and readiness of support that has been provided Dennerby by this board.

“Perhaps, one of the reasons he left was because we did not accede to his request to bring in more expatriate coaches and an indigenous coach who does not have the required license.

“If we had agreed to his request for more expatriate coaches, that would have left our indigenous coaches presently with the team in the lurch.”​​

Despite the sad end, Dennerby will not comment on issues leading to his resignation while appreciating the NFF for the opportunity to lead the African champions.

“I, Thomas Dennerby, have terminated my contract agreement with the Nigeria Football Federation,” Dennerby said.

“The decision is final. This also applies to Jorgen Petersson, assistant coach, who was under the same contract.

“There have been 20 very emotional months including the victories in African Women’s Cup of Nations and WAFU Women’s Cup as well as the success of the Women’s World Cup.

“We want to thank the NFF for giving us the opportunity, the players for always being very professional and finally everyone else who supported us and the team.

“We wish the NFF, Super Falcons and Nigeria all the best in the future. Please, respect that we will not provide any further comments.”

Amidst the resignation saga, Nigeria lost the bid to return to the Olympic Games for the third time in a row after bowing to Cote d’Ivoire on away goals last Monday. 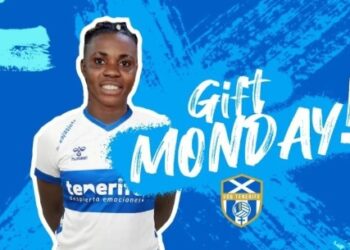 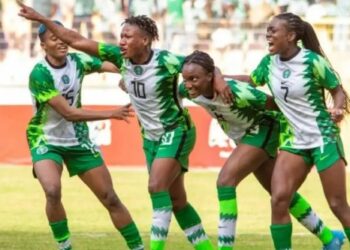