Governor Seyi Makinde of Oyo State, on Sunday, declared that some people he described as saboteurs are out to destabilize his government.

Makinde stated this while addressing the congregation at the St. Paul Anglican Church, Yemetu, Ibadan, during the 80th thanksgiving service for his mother, Mrs. Abigael Makinde.

He indicated that some saboteurs were striving to stall the efforts of his government to develop the state adding, however, that his administration was determined to make the difference.

Makinde alleged that some people were seeking to divide the people of the state through religion.

He said that the nature of families in Oyo State was such that adherents of different religions, especially Islam and Christianity co-habit in the same family. 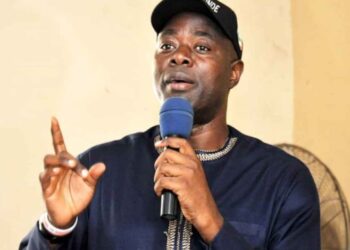 Governor Seyi Makinde of Oyo State has warned Nigerians against electing people who are above 70 years of age as...