It was gathered that the Peugeot car that was coming from Kano, heading to Mallam Madorin in Jigawa State, moved to the other lane after losing control and collided with the oncoming Golf car from Yobe State.

The injured, including the drivers of the two vehicles, were taken to General Hospital Gumel for medical attention.

The state police command spokesperson, SP Audu Jinjiri, confirmed the the accident, saying the bodies of the dead had been deposited at Gumel General Hospital. Mum Weeps As 3 Kids Die in New Year crash in Canada.  A community is bonding together to help... 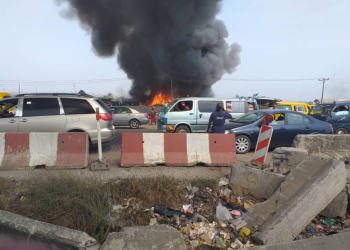