The FCT Police Command has arrested a man described as the armourer of an armed robbery syndicate in the capital city.

The suspect, one Michael Olajire, was among several suspected criminals paraded recently by the Commissioner of Police for the FCT, Bala Ciroma.

His arrest was said to have been sequel to an ongoing investigation by operatives of the command’s Special Anti-Robbery Squad (SARS) into the activities of “a vicious armed robbery syndicate that is notorious for raping its female victims during it robbery operations”.

The CP said the suspect, who has been on the run following the arrest of some members of his gang in 2018, was arrested at his hideout in Byazine, Kubwa.

“One locally fabricated pistol and two live ammunitions have been recovered from him as exhibits. He will be arraigned in court upon the conclusion of investigation,” he added.

In a related development, the CP also informed of the arrest of several suspected one-chance robbers that have been terrorising residents of the capital city and its satellite towns.

It was gathered that the syndicate operates in a black Golf 3 car loaded with bags of pure water (sachet water) to allay any form of suspicion.

The suspects arrested are: Oryu Ugo, Terdoo Zugo and Monday Godwin. They were said to have been arrested at their hideout in Uke, Nasarawa State.

CP Ciroma also revealed that one Peter Achaku, aka Promotion, and Anthony Tega, who he described as members of a notorious one-chance robbery syndicate, who operate in a green Golf 3 car along AYA to Zuba axis, were arrested on August 3 by SARS operatives.

The police boss also informed of the arrest of one Sherif Kaliph, who he said used toy gun to rob his victims of their valuables.

“The suspect was arrested at Lokoja, Kogi State. One Toyota RAV 4 jeep, one KIA Altima and one toy gun were recovered from him as exhibits.

“Following a discreet investigation, police operatives attached to this command have arrested one Chibuzor Anufuna, Sani Abdullahi and Abdullahi Danladi in possession of a Toyota Camry car which was reported stolen in Kebbi State.

“The suspects, who have made useful confessions on their involvement in the case, will soon be handed over to Kebbi State Police Command for continuation of investigation,” the CP added. 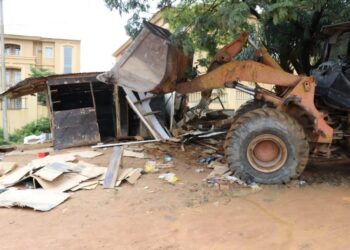