Gunmen have killed the chairman of Bunu Hunters, Caleb Oshe and his son, Sunday, at Suku community in Kabba-Bunu LGA of Kogi State.

We however,  learnt that some armed men invaded the residence of the chairman, who is also head of vigilante group in the community at about 3am yesterday.

It was further learnt that the gunmen demanded for money and made away with some valuables.

Meanwhile, Kogi State Governor, Yahaya Bello has condemned the killings and ordered a full scale investigation with the view to apprehending the perpetrators.

In a statement issued through his Director-General of Media and Publicity, Kingsley Fanwo, Governor Bello said it is “unacceptable to his Government and the people of Kogi State”; urging for restraints as security agencies have been deployed to ensure the arrest of the murderers.

“It is too early to attribute the killings to anyone and no one should take laws into his or her hands. The late Caleb Osho was not only the head of the Vigilante Group in Suku, but also the person responsible for logging activities in the community.

“Given the centrality of Suku Community to the politics and economy of the area, we have no choice than to allow security agencies launch a full scale investigation into the circumstances leading to the crime. We will support them to achieve success.”

Also, the Speaker, Kogi State House of Assembly, who is representing Kabba/Bunu State Constituency, Prince Matthew Kolawole said the killing was “barbaric and provocative for a reasonable person and patriotic citizen to be attacking a vulnerable community killing people at will”.

He called on the Commissioner of Police and other heads of security agencies in the state to swing into action to fish out the perpetrators.

He urged the people of the community to remain calm as efforts are ongoing to bring the situation under control. 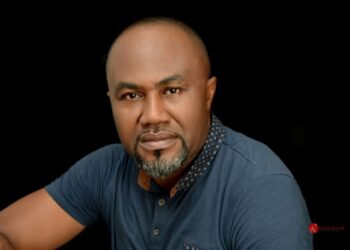 Uche Odoputa, a Nollywood actor, has expressed concern about his father Kenneth Odoputa's kidnapping. The actor took to Instagram to...

The United States of America (UN) through its State secretary Mike Pompeo, has Imposed Visa Ban On Election Riggers In...

Following the Continues Rape of Women by Some Nigerians, The Nigerian police force based on Kogi State has reportedly released...

Kogi State Governor, Yahaya Bello okays the Continues accuse and probe of Elizabeth Oyeniyi by the Commissioner for Water Resources,...