Manchester uniteds No 7, Alexis Sanchez  has been on transfer links out of the club and finally,The Chilean will move on loan to Italy.

Alexis Sanchez is set to complete his Inter move soon as a deal is imminent, according to Corrire .

The Chilean will arrive as part of a loan deal with Inter paying €5 million (£4.5 million/$5.55 million) to sign him.

Inter have made move for Sanchez with a loan of Joao Mario to Lokomotiv Moscow.

However, Solskjaers mode of play for united hasn’t favoured  Sanchez  since he joined the club from Arsenal and funny enough it looks as if since Juventus star, Christiano Ronaldo wore the shirt, No one including Delph has won that No with improvement including Alexis Sanchez.

The fact that he is leaving the club with no valuable No 7 will pose a big threat as united has been lacking in this new tournament since they defeated chelsea on a (4-0) Win . 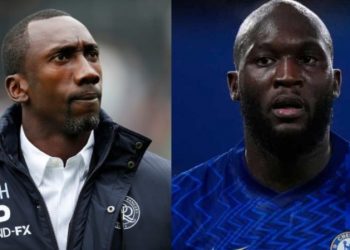 Gov Ihedioha:  I flagged off the construction of N13.5 Billion Rural Road Project.