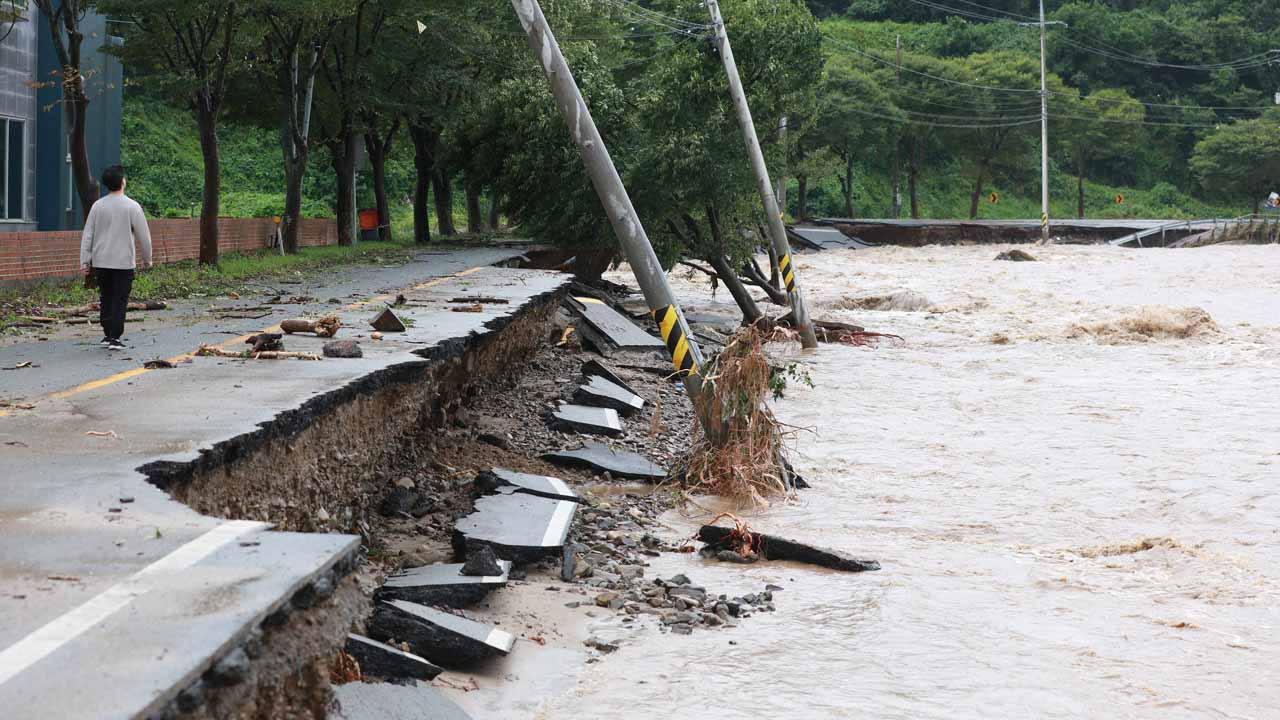 The typhoon, one of the most powerful to bear down on the country in decades, hit the southern island of Jeju overnight before making landfall near the port city of Busan, which was battered by huge waves and heavy rain which damaged beachfront roads and shops.

Early Tuesday in the eastern port city of Pohang, an elderly woman in her 70s was swept away in flooding and killed, the Central Disaster and Safety Countermeasures Headquarters said.

Death tolls could climb later in the day, authorities having identified at least nine people missing as of Tuesday afternoon, including seven people at a submerged underground parking lot in Pohang.

More than 60,000 households nationwide lost power because of the typhoon.

As a precaution, authorities closed more than 600 schools nationwide, and local carriers grounded some 250 domestic flights — but service gradually resumed Tuesday as Hinnamnor headed towards Japan.

North Korea had also been bracing for the storm, with leader Kim Jong-un overseeing a meeting in Pyongyang to assess the country’s preparedness, state media reported Tuesday.

Kim said boosting Pyongyang’s disaster response was crucial as “nothing is more precious… than the people’s life and safety”, news agency KCNA reported.

Experts say North Korea is particularly vulnerable to flooding and heavy rains due to deforestation and poor irrigation.

On Tuesday morning, the typhoon was over the Sea of Japan, known as the East Sea in Korea, 100 kilometres (62 miles) off Tsushima island, according to the Japan Meteorological Agency.

Bringing gusts of up to 180 kilometres per hour, it was moving northeast at a speed of 45 kph and was expected to bring heavy rains to western Japan on Tuesday.

More than 35,000 households were without power in Japan’s southwestern Kyushu region, Kyushu Electricity said in a statement.

Some of Japan’s bullet trains were suspended due to strong winds and rain, and many local trains also paused service, operator JR Kyushu said.