Bobrisky has revealed the reason why he stopped supporting Big Brother housemate, Mercy.

In a video he posted to Snapchat, the social media sensation said, he was initially rooting for both Mercy and Tacha when the show started, but he began to rethink his decision when he tried contacting Mercy’s management on how to vote for her.

According to Bobrisky the fellow handling the page gave him directions on how to vote but not in a rather cordial manner.

He then went further to reveal that after taking his effort and money to vote for Mercy, the management of Mercy’s page unfollowed him on Instagram and didn’t reach out to him to show their appreciation.

He later found out that the handler of the page was affiliated with MC Galaxy, and he does not want to have anything to do with the singer due to the unsettled beef they’ve had.

Bobrisky is worse than Ebola – Runsewe 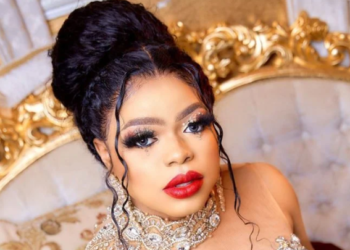 […] read BOBRISKY : WHY I STOPPED SURPORTING MERCY Diane could not hold back the tears and Omashola could not help but scream his usual ‘Warri’ […]